Long holiday, if talking about the cold season, I have to think of the atmosphere in the midst of the mountains, the sea of mist, a warm cup of tea, have to pin here, Ban Rak Thai, Mae Hong Son, Yunnan Chinese village Surrounded by large valleys The atmosphere here makes it hard to feel like you are in Thailand at all. Also the weather is good all year round Beautiful view Let’s come to travel 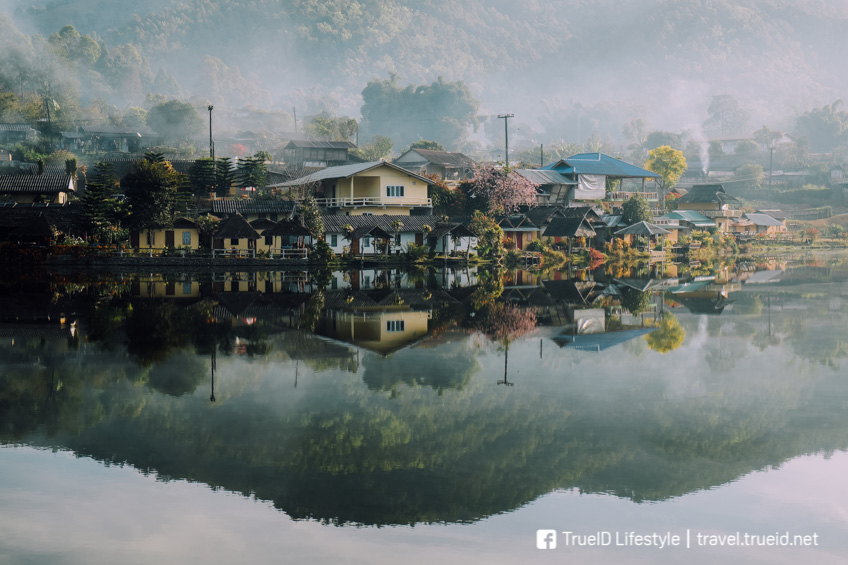 This morning still focuses on merit Continue to enter the temple, next destination, Ban Mai Temple, Suvarnabhumi Another beautiful temple of Kamphaeng Phet. Must come to see the beauty of the temple Including the pillars and gates of the temple, which are beautifully sculpted Is a unique part of the northern path And pay homage to the large Reverend Father To Buddha statue of Lanna art in the temple Walked inside the temple and felt a sense of calm and tranquility Ban Mai Temple, Suvarnabhumi Is a temple in Tha Khun Ram Which has outstanding Northern Lanna architecture That should not be missed, come to visit

And during the last week of every month Every Friday – Saturday from 16.00 – 21.00 hrs. At the area of Ban Mai Temple will have Sam Withi Community Market can stop for a walk and have dinner together.

Start at the first point first, Kamphaeng Phet City Pillar Shrine Another sacred place Which is located in the historical park area Appeared as one of the city pillar shrines Is a place of worship and worship of the people of Kamphaeng Phet Province The real city pillar shrine is inside the tower, which has been renovated and garnished again to prevent damage, so visitors are not allowed to close the gold.

Manee Wong Temple is located in Mueang District. Nakhon Nayok Province It is a temple that has beautiful Buddhist art worth visiting. Starting from the temple arch The golden yellow Buddha statue of Pa Pa Lai likes. Wihan Sian with a large Buddha image enshrined above the Ubosot. Created with art that is delicate, beautiful and unusual from what has been seen. Excited to walk And took the opportunity to make merit too

The golden temple entrance arch There was a statue of a serpent, a male man guarding the gate on both sides. The temple wall is long, golden, outstanding with carved patterns. The end of the wall is a flower. With a Buddha image holding alms in the doorway It is the most beautiful temple wall ever seen.

The important sanctuary in the middle is a golden yellow Buddha statue, sitting on a stone cube. On the right is the Ubosot. On the left is the Vihara at the top. Enshrined a large Buddha statue, called Luang Pho Billion, Phra Phuttharat Mani Srihathai Nares

The Sien temple was built gracefully. Every pillar had a dragon statue around the pillar. Inside there are statues of various gods. That can go in and worship

In front of the Viharn Sian is the location of the Grandmother’s shrine. Which gave a lucky number to those who requested it until it was celebrated many times And causing people to be rewarded repeatedly, many times. As many people appear, people from all over aim to this temple. Along with bringing green water, betel, betel, betel leaf to pay respect, especially near the government lottery draw date to ask for a lucky number

The chapel is golden. Around the wall there is a golden statue of Kinnaree surrounded. Inside the chapel is also a golden medium, beautifully decorated with carvings around the wall. Reverend Luang Pho Siwalee Which is the principal Buddha image